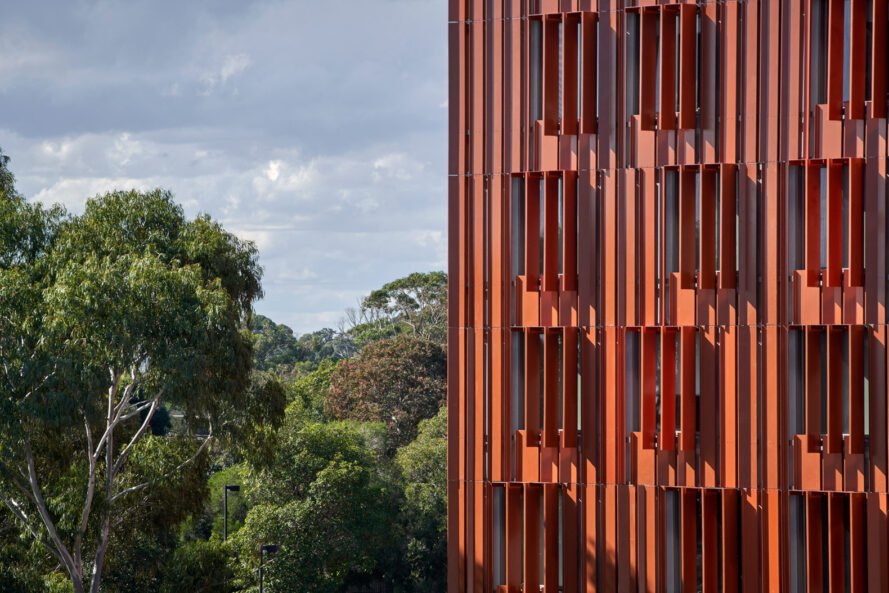 Being PHIUS (Passive House Institute US) certified consultants and adopters of the 2030 Challenge we 💚 to see stories like these! ♻️🌱🌏 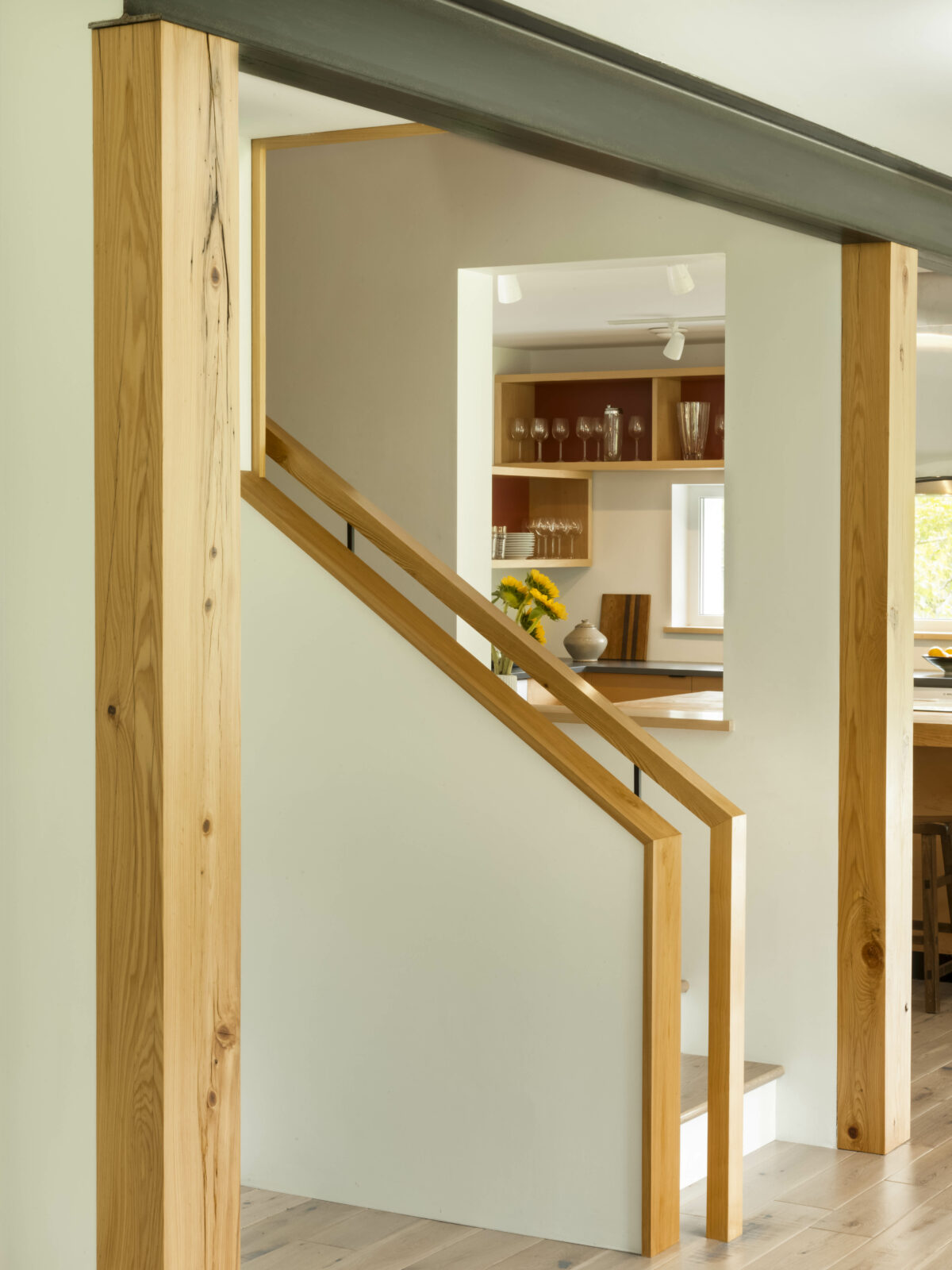 In case you didn’t catch it in previous posts, the final blower door efficiency test of this house achieved a remarkable result of 0.14 ACH50. Efficiency Vermont has set the bar at 1.0 ACH50 or lower for their HPH certification, and the PassiveHaus standard (internationally recognized as the strictest standard) is .60 ACH or lower. This house is Passive House Institute US 2015 Certified. 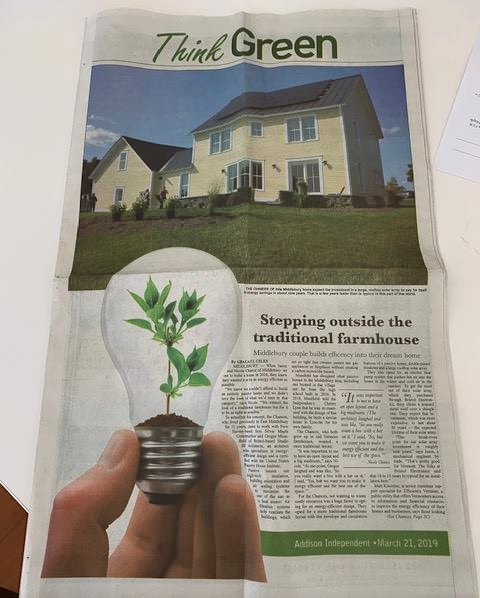 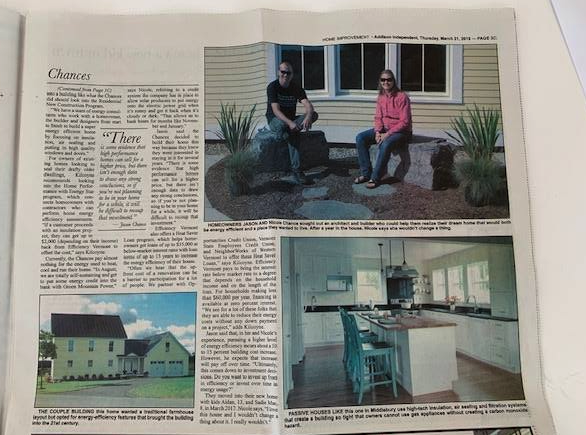 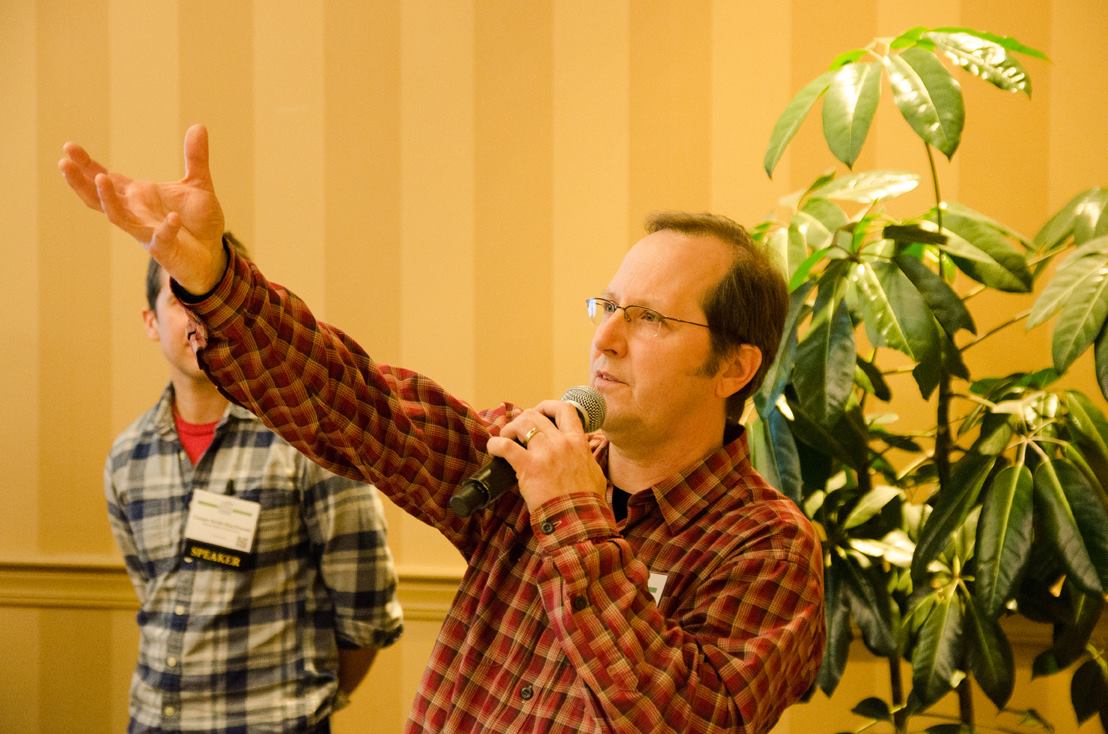 Thank you to Karen Bushey who is an Energy Consultant for the Vermont Energy Investment Corporation (VEIC) who took part in our presentation.

You can view the presentation here. 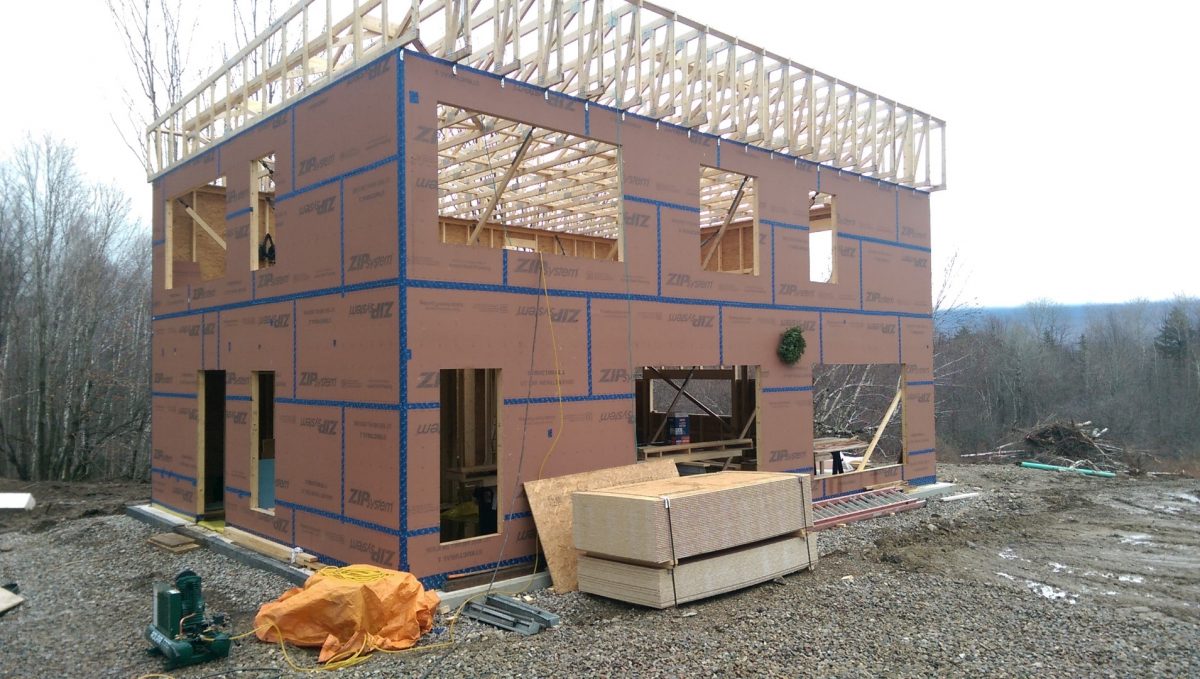 We’ve gained valuable experience in designing our first Passive House in Middlebury. We’re putting that experience to good use with our second Passive House, this time in Lincoln, VT. Passive House #2 is the spiritual twin of #1, but with a couple key differences.

First, most obviously, is the larger lot. The Middlebury site is a snug fit thanks to several competing setbacks, so the extra breathing room on a large site allows much more flexibility in placing the house. The house was placed on the north side of a clearing, so no trees had to be removed to get the best use of solar gain.

Second is the foundation structure. The dramatic topography of the Middlebury lot meant the inhabitable space would “float” over an unconditioned, partially open space, using either piles or concrete walls. On the flat plain where the Lincoln house sits, rather than go to the expense of digging and building typical concrete foundations and then insulating the floor cavity, we decided to go with a system used often by Maine Passive House designer Chris Corson: a raft slab foundation. In this system, an 8″ concrete slab is poured over a raft of 12″ thick EPS foam. The foam works both as the main floor insulation keeping heat in the house, as well as a blanket to keep the natural heat of the earth under the building, preventing frost from forming that would otherwise affect the integrity of the foundation. The 8″ slab is thick enough that no separate footings are required for structural reasons.

But apart from these differences, the house exhibits the same beauty and efficiency as the one in Middlebury. The various lessons we’ve learned and details we’ve revised from the first house have thus far contributed to a shorter period of construction relative to the first house (helped along by a very light start to winter). With Silver Maple Construction at the helm, we’ll have the quality of construction needed to get this house certified as the next Passive House in Vermont.